The annual survey, titled Amazing China — The Most Attractive Chinese Cities for Foreigners, unveiled its 2019 results at the opening ceremony of the 2020 Hangzhou Conference on International Exchange of Professionals on Nov. 8.

Shanghai topped the list of the 10 most favored Chinese cities by foreign professionals for the eighth year in a row, followed by Beijing, Shenzhen, Hangzhou, Guangzhou, Hefei, Nanjing, Chengdu, Qingdao, and Suzhou.

Cities on the two lists were chosen from 39 candidate cities and ranked by participants of an online poll conducted between February to June of this year. The results were then analyzed by 99 top foreign expert panels including eight Nobel Prize winners, one Turing Award laureate, and holders of the Friendship Award set up by the Chinese government, as well as 5,822 signed votes from foreign professionals in China. The line-up of the top expert panel this year was considered the strongest yet.

First conducted in 2010, the annual poll sees respondents evaluate Chinese cities according to 23 criteria and five distinct categories such as policy, administration, working and living environment, and scientific innovation. The aim of the list it to draw more high-level foreign professionals to China for innovation and entrepreneurship opportunities.

Below are the top 10 most attractive Chinese cities to expats in 2019: 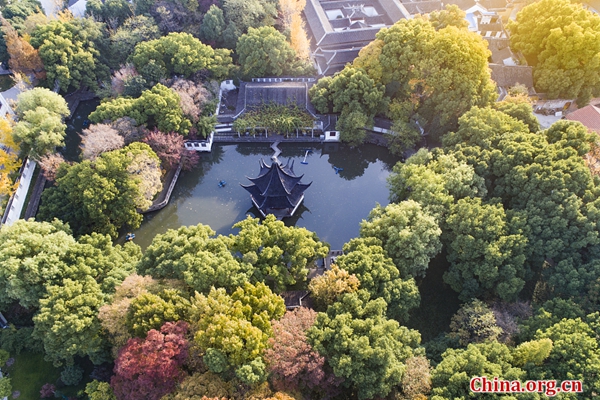 An aerial photo taken on Nov. 26, 2017, shows a view of a classical garden in Suzhou in east China's Jiangsu province. [Photo/VCG]
Read More