LEGO has ambitious plans in China
China.org.cn · By Zhang Rui | 2020-11-13 15:19
The LEGO Group has ambitious business plans for the next few years to reach more children in China as it begins its healing and recovery process in the market after the COVID-19 pandemic. 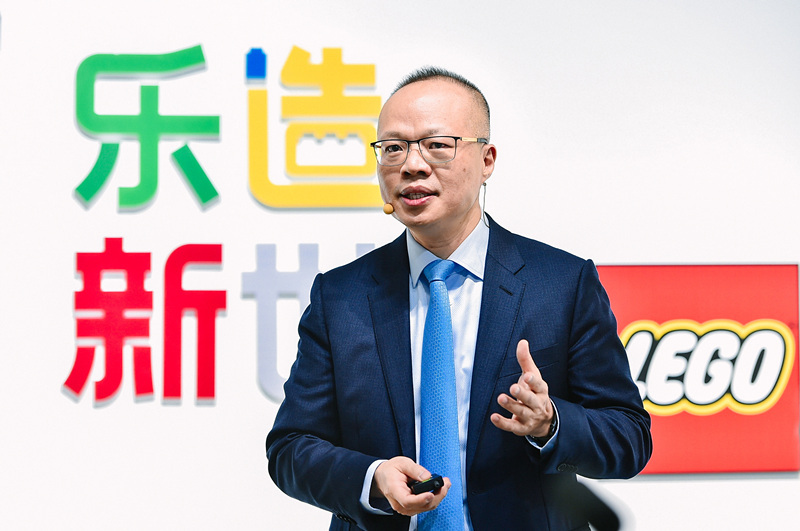 Paul Huang, senior vice president of The LEGO Group and general manager of LEGO China, speaks at a press conference held in the LEGO Group booth at the 3rd China International Import Expo (CIIE) in Shanghai, on Nov. 6, 2020. [Photo courtesy of LEGO China]

A top executive has told China.org.cn that The LEGO Group has ambitious business plans for the next few years to reach more children in China as it begins its healing and recovery process in the market after the COVID-19 pandemic.

Under the theme of "Rebuild the World", LEGO's 378-square-meter booth could well be the most fun place at the 3rd China International Import Expo (CIIE) in Shanghai, which concluded on Nov. 10, with tens of thousands of LEGO bricks forming various amazing shapes, including a giant 2.7m x 2m sphere installation as the LEGO globe.

One hundred LEGO creations built by 100 Chinese children are added on the globe, showcasing the creativity of children and their imaginations to make sense of the world. The booth was heavily visited by children, parents and businessmen during the expo.

"The CIIE provides an excellent platform for multinational companies to introduce its new products, technologies and services for the Chinese consumers. It creates opportunities for multinational corporations to engage closely with Chinese stakeholders, partners and consumers," said Paul Huang, senior vice president of The LEGO Group and general manager of LEGO China, who reviewed his experiences during the trade event.

"It is the third consecutive year for us to join the CIIE. It gives us opportunities to share our brand stories with local stakeholders and consumers and bring the Learning through Play idea to more local families," he said. "I'm quite excited about this opportunity and looking forward to hearing the feedbacks and reflections from Chinese consumers on our new products and brand experiences at the CIIE." 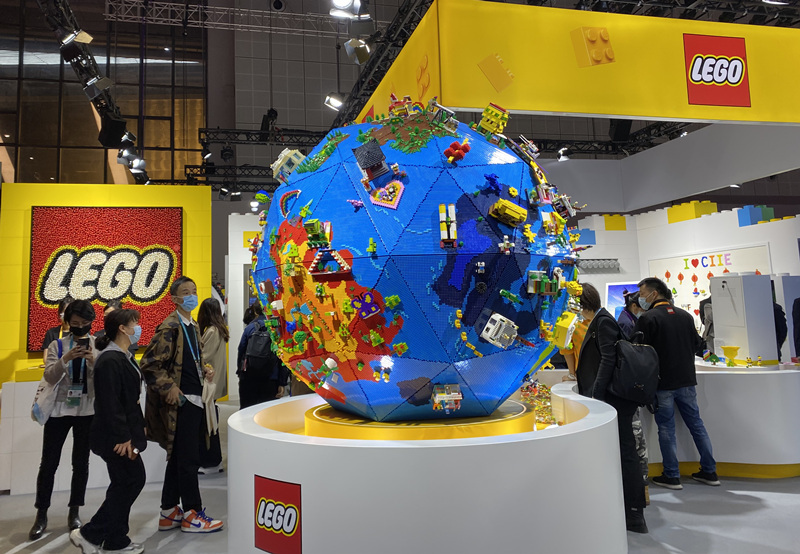 Visitors look at a giant 2.7m x 2m sphere installation of the LEGO globe at the LEGO Group booth at the 3rd China International Import Expo (CIIE) in Shanghai, on Nov. 9, 2020. [Photo/China.org.cn]

The LEGO Group revealed four new LEGO sets celebrating classic Chinese culture and legends at the CIIE. This is the company's largest scale of novelty unveiled at the CIIE since 2018.

According to Huang, LEGO Story of Nian invites children to learn the old story about Nian and celebrates the Chinese New Year with LEGO bricks, while LEGO Spring Lantern Festival recreates the magical atmosphere of the festival which marks the end of the lunar new year celebrations.

The sets will be available in China from Dec. 26, 2020 and Asia-Pacific markets from Jan. 1, 2021. From Jan. 10, 2021, they will be available on its official website and other markets in the world. To inspire children to learn more about Chinese traditions when building, illustrations telling the legendary stories of Nian and the Lantern Festival are included in the building instructions of the two sets, which is the first time this kind of feature is appearing in the LEGO Chinese Traditional Festival theme.

LEGO Monkie Kid's Team Quadcopter is a new set with the LEGO Monkie Kid theme. It presents the story of Monkie Kid's team of heroes and their battle with the Spider Queen, and combines modern hi-tech fantasy elements with the well-known Chinese story. The theme was launched in May 2020 as the first LEGO theme inspired by a classic Chinese legend. The set will be available from March 1, 2021, together with another six new LEGO Monkie Kid sets.

LEGO DUPLO Town Happy Childhood Moments taps into two critical moments of a toddler's life in China: Chinese New Year and starting kindergarten. It can support Chinese parents to teach their preschoolers about traditions of the lunar new year and key skills to prepare them for kindergarten life in a playful way. It is also the first LEGO DUPLO set that is customized for Chinese pre-school families. The set will be available in China from Dec. 26, 2020, and across LEGO branded retail stores and LEGO.com globally from Jan. 1, 2021.

"China is a strategic growth market for the LEGO Group, and is also one of the fastest growing markets," Huang said, adding that they are pleased with the progress in China and proud of getting LEGO bricks to the hands of more Chinese children and supporting them to learn through play, as there is growing demand of the LEGO brand experience and affinity for creativity and learning through play in China.

Creativity is seen as a top skill by parents on the Chinese mainland for their children's future success, according to the LEGO Play Global Study 2020, a global study building on the 2018 LEGO Play Well Report findings, which presents parent and child perceptions on the benefits of family play, children's play preferences, future-oriented skills and learning through play.

"We are also seeing growing pursuit of quality products and services among Chinese consumers along with consumption upgrades. And we are grateful that China continues to open up and make efforts in creating a favorable business environment for multinational companies. This also underpins our confidence in the Chinese market," he said.

Yet, the market was shut in their face early this year. "In the first quarter, we were, as everybody, heavily impacted by COVID-19 in China, with a lot of stores being closed, with the factory also closed," the executive recalled.

"But following all the effective measures from the Chinese authorities, we saw a relatively rapid recovery where stores reopened but the factory backed off. So, we actually ended the first half in a very good shape with strong double-digit growth and a good momentum going into the second half." 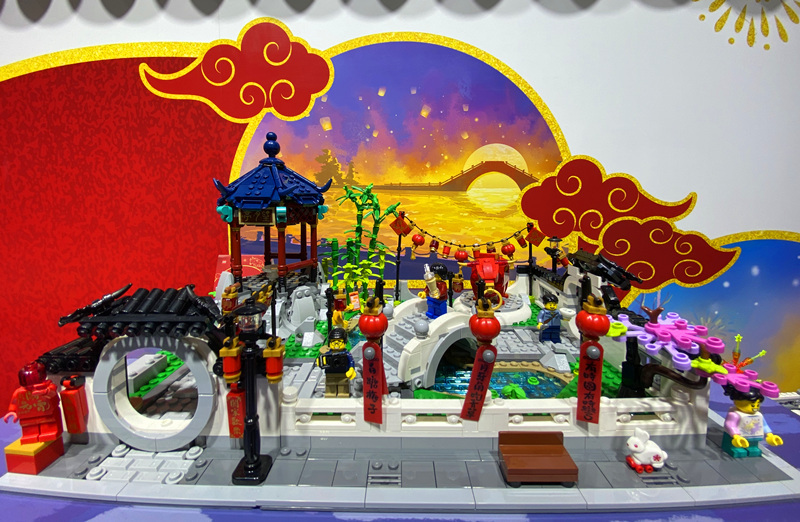 Since the 2nd CIIE which was held in November 2019, the number of LEGO branded retail stores on China's mainland was almost doubled to 207 as of Oct. 31, 2020. Huang revealed, "It is expected that another 80 new LEGO branded retail stores will be opened on China's mainland in 2021, making a total of 300 by the end of next year. We will enter more third- and lower-tier cities in the coming years. And also, we know play can help children develop critical skills for the future, e.g. creativity, communication, collaboration, etc. and there are still many children who need the opportunity to learn through play."

What's more, besides the business goals, the company hopes it can provide learning through play experiences to more children in need in China for their ambitious plans. "We have already partnered with some organizations to provide learning through play opportunities to left-behind children and migrant children in China. I hope that we can do more in social responsibility programs in China as well," he added.